Online bingo jackpot is on the cards 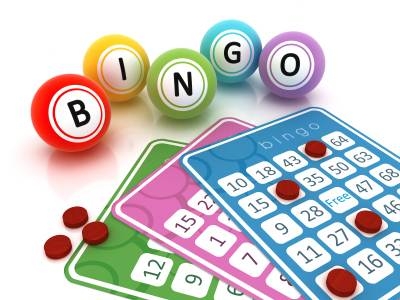 GILL LARNER, a 47-year-old from south Wales, has been playing bingo for more than 20 years. Two or three times a week she checks off her game card in the hope that her numbers will be called and she can claim a tasty cash prize.

Sometimes the pot is a few pounds, other times it can be thousands. She loves the excitement of the game, as well as the chance to have a natter with her pals and catch up on the gossip.

Since last month, though, Larner has mainly been playing at home in front of her computer rather than at the local club. Because of a disability, she said she relies on her husband to take her, but since the smoking ban was introduced in Wales last month, he refuses to go. If she can get a lift with friends, Larner still visits the club, but most of her play these days is online.

She is not alone. Julie Stewart, 40, a mother of two, has also cut back since the smoking ban came in. She now plays every night on the website set up by her local bingo chain. And there are thousands more people flocking to the dozens of sites that have sprung up.

In stark contrast to bingo halls, where high taxes, restrictions on slot machines and the smoking ban – which comes into force in July in England – are threatening their financial viability, the online game is booming.

Last week, St Minver, a company that runs bingo sites on behalf of brands including But-lins and Virgin, published a survey suggesting that 63% of bingo-playing smokers would visit clubs less often and switch to internet games. Roger Devlin, chairman of Jackpotjoy, one of the more established internet bingo operations, said there was double-digit growth in Scotland after the smoking ban was introduced there in March 2006.

While it is undoubtedly a big help, the pattern of growth and the numbers involved suggest the smoking ban is not the only factor driving players to the net. According to Global Betting & Gaming Consultants (GBGC), online bingo games in Britain generated gross wins of $143m (£72.4m) in 2006, up from $98m the previous year, and $61m in 2004.

It is only in the past 15 months or so that the two biggest British bingo companies, Gala and Mecca, have launched web versions. The market has been driven by the likes of Jackpotjoy. com, where sales at the parent company, Gamesys, rose from £587,000 in 2003 to £9.5m in 2005; Cashcade, operator of sites including Foxybingo.com; and The Sun newspaper (owned by The Sunday Times’s parent company, News Corporation), which has migrated its paper-based game to the net.

With the industry’s main brand names throwing their weight behind the net, GBGC predicts that gross winnings in the sector will more than double within five years to $326m.

These statistics suggest that it would be wrong to lay the success of the online game entirely at the feet of the Department of Health. “The two things are not linked at all,” said Neil Goulden, Gala chief executive. Only 1% of players on the company’s site in any given week had been in one of its bingo clubs in the previous three months, he said.

One reason for the popularity is that players do not have to be glued to the screen for long periods to play. Some games allow numbers to be checked automatically, freeing them to do other things at the same time.

The social aspect of the game should not be underrated. The chat rooms on many of the sites allow players to talk to each other while games are in progress – in stark contrast to the shushing one hears inside a bingo hall if anyone dares to talk while the numbers are being called. Goulden said Gala’s site, for example, was run by former club managers to ensure that the feel of the club was replicated as much as possible.

The rise in broadband penetration has also helped. The games run better with faster internet connections and, as more households have taken up the service, it has become more common in the homes of the less-well-off socio-economic groups that form bingo’s core market.

Lastly, clever marketing has also paid a strong role. Jackpotjoy, for example, has attracted custom by setting up licensing deals to offer games revolving round popular television shows such as Deal Or No Deal. Its latest is a game based on The Price Is Right. Celebrity endorsements, such as the one by Sha-ron Osbourne, who features in ads for Gala, are also working.

Others are trying to attract players by innovating. Riva Gaming, which runs a chain of 11 clubs, has launched what is thought to be the first online game featuring a real, live bingo caller. “We wanted to have a unique selling point,” said Simon Hannah, Riva chief executive. “The game itself has not changed much over the years.

We thought it was time to do something completely different.”

The lack of an overlap between the two sets of players bodes well for operators of bricks-and-mor-tar bingo businesses, who have previously regarded the internet as a threat rather than an opportunity. Those who straddle both domains can use the internet as a promotional tool by, for example, offering vouchers for clubs as prizes on the online games. After September, when the government’s gambling reforms take effect, bingo groups will be able to link the prize pools in their clubs with those on their websites. Jackpots could rise substantially, attracting more players.

Like online poker, having a large pool of players is key. Companies, such as St Minver, Lon-don-based Virtue Fusion, America’s Parlay Entertainment, and Globalcom, which was acquired in March by 888 Holdings, the online gaming company, run a variety of sites for different brands that feed into larger networks, creating greater liquidity.

But some executives warn that size is not everything. Martin Bel-sham, who runs the online business of Rank, Mecca’s parent company, said: “The lure of king-sized jackpots is important. However, the chances of winning are critical to the online player. So there is an optimum number of players you can have in a room for those players to believe they have a chance of winning the prize. Get this wrong and they will leave.”

There doesn’t seem to be any danger of that happening just yet.

BINGO has firmly entered the 21st century with the proliferation of internet sites, but the game traces its roots back to 1530. That was the year Italy launched a lottery that formed the basis of the game we know today. The use of cards was not introduced until the late 18th century and the game was commercialised in America in the 1930s by Edwin Lowe, a travelling salesman.

In Britain, bingo really took off after the 1968 Gaming Act. The first purpose-built bingo hall opened in Cardiff. Today it is estimated that about 3m people regularly go to clubs in Britain.

The game keeps evolving. After the introduction of random number generators, the use of slang such as “two fat ladies” by bingo callers dropped sharply.