Bridge is more of a sport than rifle shooting, judge rules 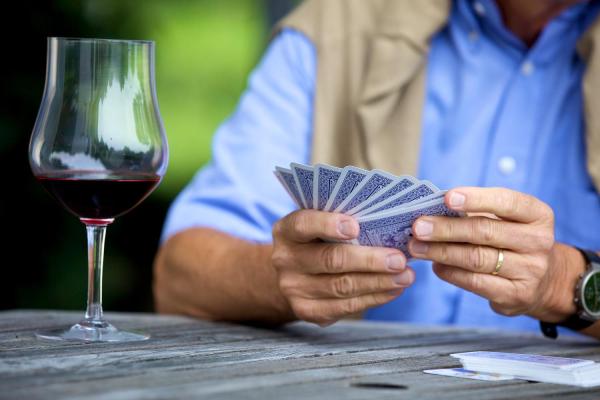 Bridge is one of the most popular card games in the world, but do the mental gymnastics required to win a game make it a sport in the same way as snooker or shooting? A High Court judge — who admits to enjoying a hand of bridge himself — thinks that they do.

Mr Justice Mostyn has ruled that despite the lack of physical activity involved, bridge could be said to be a legitimate sport under English law, saying: “The brain is a muscle.”

The judge was hearing a challenge by the English Bridge Union, which wants a refusal by Sport England to recognise bridge as a sport declared unlawful. The union says that bridge ought to be recognised as a “mind sport” in the UK, opening the road to grants from public funds for bridge tournaments, and also for it and other bridge bodies to qualify for valuable tax exemptions.

Sport England, which makes lottery grants to non-professional sporting groups in England, insists that bridge is no more a sporting activity than “sitting at home reading a book”. Yesterday Mr Justice Mostyn, sitting at the High Court in London, gave the union permission to mount a full judicial review challenge to Sport England’s stance.

He also directed that the World Chess Federation, Fide, should be informed of his decision as it “may want to get in on it”. The fact that the International Olympic Committee recognised bridge and chess as sports was “very significant,” he said.

Richard Clayton, QC, representing the union, told the judge: “There is nothing in the Sports England charter that limits sports to physical activities, and the health benefit of playing bridge is well documented.”

Other EU countries, including the Netherlands, Ireland and Poland, recognise bridge as a sport.

Kate Gallafent, QC, for Sport England, said: “The starting point of the definition of sport is physical activity. Bridge cannot ever satisfy this definition.” Mr Justice Mostyn told her: “If the brain is a muscle, it does. You are doing more physical activity playing bridge, with all that dealing and playing, than in rifle shooting.”

However, Ms Gallafent said there was “an absolutely clear bright line” between bridge and chess and currently recognised sports. In sports such as snooker or rifle shooting, no other person could take your shot for you, she pointed out. But in bridge, “somebody else could step up and play my cards for me in these sort of mind games”.

She added: “There is a difference between sport and recreation. I can enjoy sitting at home reading a book — it does not mean I can claim it’s a sport.”

Mr Justice Mostyn, however, said there was an arguable case and granted permission to seek judicial review.

Outside the court, Ian Payn, the vice-chairman of the English Bridge Union, said: “We are very pleased with the decision”. By being recognised as a sporting body, the union hoped to “strengthen its hand” in a separate legal battle for tax exemptions.