5 Things You Need to Start Playing Pickleball Right Away 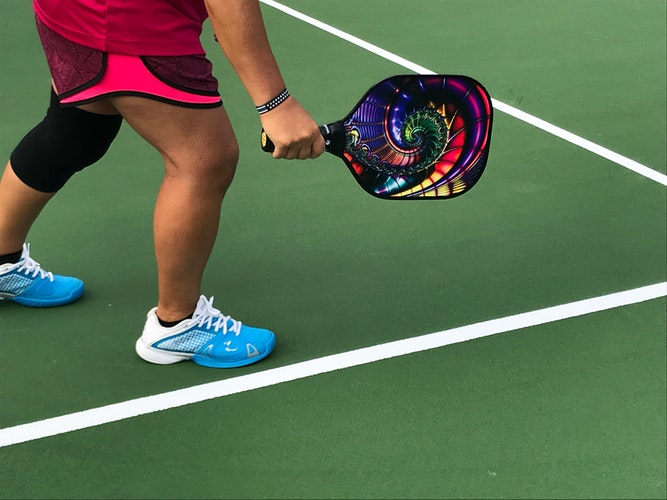 The popularity of pickleball has been growing constantly since it was invented half a century ago. It’s equally popular among children and seniors, as the whole point of it is to have fun.  Still, there can be fierce competitiveness in this sport, as it can get pretty dynamic sometimes. Basically, you can think of pickleball as a pacey version of badminton.

If you would like to give it a try, here are the five things you will need!

Like badminton, pickleball is played either between two players or between two teams of two players. Actually, there are some variants of the game, in which even more players participate. Still, it seems that 2-on-2 is the most popular choice.

A pickleball court equals a badminton court, meaning that the dimensions should be approximately 20 x 44 feet. The court is separated in two halves, each having a 7-feet-wide Non-Volley Zone. There’s a centerline that separates the playing area of each half of the court into the left and the right service court.

If you know the exact dimensions of the pickleball court, you can easily make one on literally any ground with the use of chalk. The turf can be anything from grass to clay, parquet, asphalt, and whatnot.

Unlike badminton in which the net is placed at the height of 5’ 1, the net in pickleball is set much lower. Its height is only three feet, which is lower even than the net height in tennis.

Although originally Wiffle balls were used for the games of pickleball, these days, you can buy balls specially designed for this game. Truth be told, it doesn’t make a big difference. What matters the most in this sport (apart from your skills, of course) is how good your paddle is.

A good paddle can mean all the difference between winning and losing a game of pickleball. Over the years, paddles have become more advanced. Their design makes them much more comfortable to hold, meaning that you shouldn’t feel any pain or discomfort even after playing pickleball for several hours.

Furthermore, some paddles are made of materials that make them lightweight, so swinging it around won’t make you feel tired. Some are even designed to improve the accuracy of your serves and add to the power of the ball.

All of this sounds great, but how are you supposed to find such a paddle? Unfortunately, given the fact that pickleball is still a not-too-famous sport, there aren’t many websites that sell them. Still, if you do your research, you will be able to find sites like bestpickleballpaddlereviews.com, where you can find all the info you need.

As you can see, playing pickleball is something that doesn’t require investing too much money. So, why not give it a try? The chances are that you’re going to fall in love in this game as soon as you make your first serve!