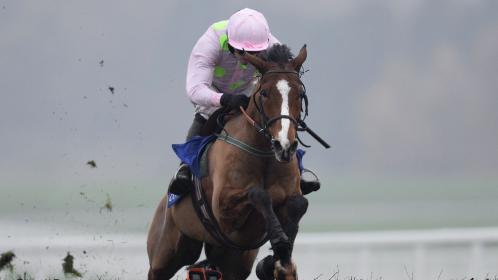 The British Horseracing Authority (BHA) is investigating alleged betting irregularities and patterns linked to the withdrawal of the racehorse Faugheen from the Champion Hurdle at this year’s Cheltenham festival.

The horse, trained by Willie Mullins, was withdrawn from the race after it sustained a suspensory ligament injury. Faugheen had been the favourite for the Champion Hurdle, having won the previous year.

The investigation concerns a number of ante-post bets placed by a group of punters who wagered that Faugheen would not complete or win the race before the horse was officially withdrawn in February on veterinary advice, according to informed sources.

The bets attracted the attention of the regulatory authorities in Britain as the sums involved caused fluctuations to the prices being offered by bookmakers and betting exchanges. It is understood the winnings have not been paid out to the gamblers involved, pending the outcome of the investigation.

Investigators suspect some of those involved may have learnt about Faugheen’s injury before its withdrawal from the Champions Hurdle was officially announced. The identities of those involved and the person who possibly alerted them to the horse’s condition have been established, but it is unclear what actions can be taken. The Irish Turf Club, Ireland’s racing authority, is assisting the BHA investigation.

Betting trends are continually analysed using computer algorithms and software designed to detect suspicious activity. The BHA is alerted when such activity is detected in Britain.

Mullins, regarded as one of Europe’s top trainers, has confirmed he was approached by the BHA about the inquiry and has since provided the information requested. He told The Sunday Times he was not given specific details about the investigation by the BHA but was asked to confirm certain dates and times. He said he was co-operating fully.

Mullins, who is not suspected of any wrongdoing, has previously spoken out against doping and cheating in racing and the bloodstock industry. He hires private security guards to protect his horses when they travel to the Cheltenham festival to ensure they are not given sedatives to “nobble” them before they compete.

Faugheen, noted for his strength and stamina, is a favourite among racing enthusiasts. His withdrawal from Cheltenham was greeted with disappointment by punters.