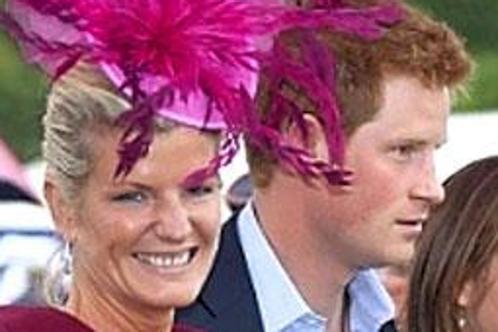 The widow of a construction tycoon is locked in a bitter court battle with her stepson after claiming that the £6 million she inherited is £4 million less than she needs to maintain her lifestyle.

Thandi Wooldridge, 50, inherited the £4.25 million Glanfield Manor in Surrey and £1.6 million worth of assets after her husband, Ian Wooldridge, died in a helicopter crash in the Mourne mountains in Northern Ireland in October 2010 as he returned from a pheasant shoot.

Mr Wooldridge, who ran a £40 million-a-year construction empire with his brother Graham, left a will with a gross fortune of about £10 million, including the house, which the couple built themselves. The brothers also ran the Twelve Oaks Partnership, which provided polo and stabling facilities on the family’s 140-acre Surrey estate.

Mrs Wooldridge herself is worth £10 million, including the property, assets and a £1.9 million compensation payout from the Northern Irish courts after her husband’s death, Central London county court heard.

She now claims that she needs a further £3.75 million from her husband’s estate, saying that she requires £372,000 a year to maintain her lifestyle, including £178,000 for personal expenditure on social events, clothes, jewellery, personal care and entertainment. Mrs Wooldridge said that she and her son Rhett, 11, have holidays in Barbados, and that she has to keep a Bentley and a Range Rover on the road.

Her claim is being disputed by her stepson, Charlie Wooldridge, 27, a polo player who fell into gambling while grieving over his father’s death. He argues that the commercial “dynasty” his father wanted to create for his sons will be destroyed if her claim is allowed.

“If you look at Charlie’s needs and resources, the most important thing is that his present and future are tied up with the family businesses,” Penelope Reid, QC, for Mr Wooldridge, told the court. “And to destroy these family businesses cannot be justified simply to support the sort of extravagant lifestyle she is asking the court to fund.”

Mrs Wooldridge and her lawyers denied that her demands were excessive, arguing that she had “sacrificed” her own high-flying career in outdoor advertising so she could give her family and the business her full support.

Richard Wilson, QC, for Mrs Wooldridge, accepted that she and her husband had lived “an extraordinarily luxurious lifestyle, vastly in excess of what most people could ever aspire to”.

He said that her stepson had a steady income, having “stepped into his father’s shoes” with an executive position in the Wooldridge Group of companies. He also asked the former polo player about his living expenses, including money spent on gambling.

“I’ve done a lot of gambling over the past four years,” said Mr Wooldridge. “I’ve been grieving and so I’ve done a lot of things I shouldn’t have done. I spent stupid money and that’s the way I dealt with it, but I don’t do it any more.”

Judge Walden-Smith will give her ruling at a later date.