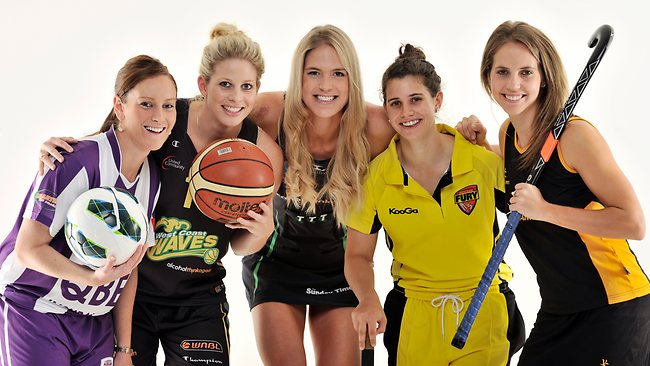 Despite all the social gains women have made since the dawn of feminism, sports still seems a rather male-dominated environment. Perhaps only female athletes and tennis players enjoy a similar stature to their male counterparts but for the majority of women competing at the top level, there is a remarked lack of attention.

Sadly, women still earn considerably less than men, even in popular sports like tennis. It’s hard to fathom how women have been left behind in this area of life and more importantly, we women have so far failed to make their collective sports passion voices heard.

There are a number of reasons why women fail to get as much attention for sports brilliance as men:

Women Don’t Like Sports: Though this may be a cliche, it’s true to say that a lot of women aren’t crazy about sports. Many women don’t see the attraction of a good baseball game or tennis match, and this may certainly have contributed to the described problem. If all women loved sports, we probably would be watching more women compete.

Women Have Family Commitments: Many women just don’t have the time to sit and watch sporting events. Instead, particularly if they are working outside the home, they use their spare time to have fun with the kids, do housework, or catch up with friends. This leads to a reduced demand for the broadcasting of women’s events.

Women Watch Sports to Please Their Partners: A lot of women develop an interest in sports because of their partner. They do so in an effort to find a common interest, rather than for the love of a particular sport.

Not Enough Women in the Sports Media: The sports media tend to have a disproportionately large contingency of men, and this must have a bearing on the number of female sports events they broadcasts. Women have only recently joined the ranks of commentators, reporters, and sports show host. If more women were working in sports media, we would probably be watching more women’s events.

Men feel Women Perform at a Lower Level: You may get the most talented and skilled female football player, however, she will never get the same admiration as her male counterpart. A lot of men do consider women’s performances to be inferior to men’s. Therefore, men continue to demand men’s events, and women’s events never even get broadcast.

Top female athletes get nowhere near the amount of attention they deserve. Ultimately, it is up to women to promote women and celebrate their excellence. In sports like tennis and athletics, women have made great strides, and the male domination is only prevalent in team sports. A change could come about quite quickly and effortlessly if women, in general, demanded their heroines to be celebrated for all their brilliant achievements.