Taxman holds the ace as poker skills are proven 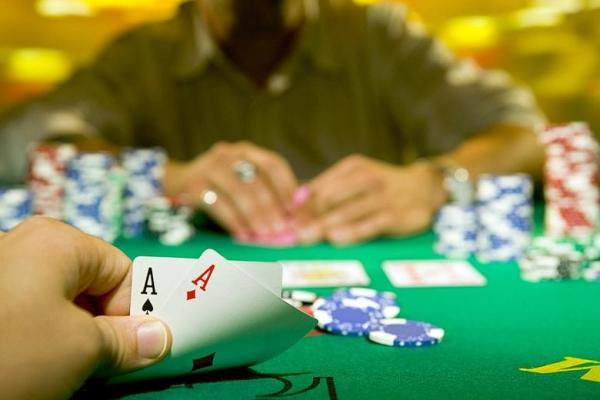 On the one hand, it validates the career choices of the world’s professional poker players. On the other hand, it threatens to make those choices a lot less lucrative.

Economists have shown that poker really is predominantly a game of skill rather than chance — raising the prospect of a tax on winnings.

Researchers from the University of Nottingham have analysed hundreds of millions of poker hands played online, to find the extent to which an individual player’s talent is important.

Online poker is worth more than £2 billion a year, but in much of the world winnings are not taxed because it is classed as a game of chance.

However, the fact that some players seem to be consistently successful — notably Victoria Coren Mitchell, who has on several occasions won more than £100,000 in a single competition – seems to imply there is a strong element of skill.

For the study, published in the online journal Plos One, the economists looked at this phenomenon more systematically, to see whether past performance was an indicator of future success. They found that players who had in the past been in the top 10 per cent of profitability were indeed considerably more likely to remain as top performers. The same was true when looking at the performance of those who did worst.

“If performance is predictable, as we found, then it follows that poker involves an element of skill and can’t be merely a game of pure chance,” Dr Dennie van Dolder said.

“Our findings could have significant legal implications. The key question isn’t whether skill is a factor but rather whether it dominates chance. If it does then poker must be considered a game of skill.”

So the researchers looked to see at what point skill predominated. They found that after 1,500 hands had been played fluctuations due to chance had been ironed out, and it was reasonable to call it a game of skill. Although that sounds like a high number, among online poker players it actually represents a modest level of commitment. One player they analysed had played three quarters of a million hands. They estimated that 1,500 hands represented about a day’s continuous play.

“According to our simulations, skilled players can expect to do better than relatively unskilled players at least three quarters of the time after 1,471 hands have been played,” Dr van Dolder said.

“To put this into perspective, most online players are likely to play 1,500 hands in 19 to 25 hours — and less than that if they play multiple tables simultaneously.” This was a mixed blessing.

“The good news is they’ll have the satisfaction of knowing the game they love is recognised as requiring real skill. The bad news is that one day they might have to start handing some of their winnings to the taxman if the policymaking community takes notice of findings like ours.”