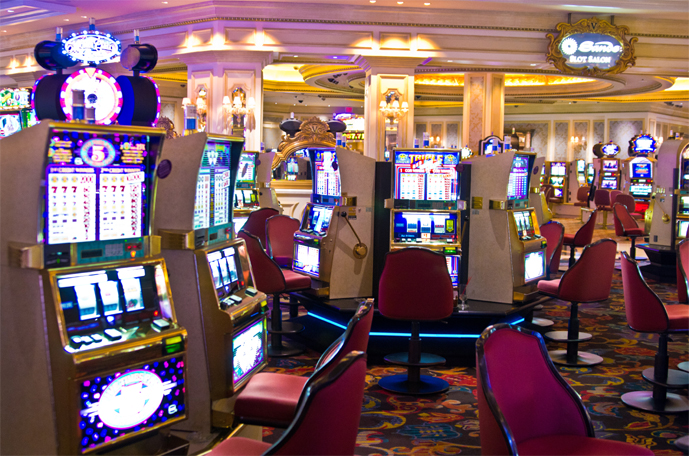 DOMINIQUE leant on the Tower of Power slot machine at the casino, smiling broadly. “I won €5,000 on this machine last week,” she said. “So I’ve got lots to spend today.”

Spend it she will. The 45-year-old housewife from north Paris said that her winnings would likely disappear into the 280 one-arm bandits at the casino as she sought another jackpot. “We always end up losing,” said her mother, Jacqueline, 67. “But we always come back.”

Banned for decades in France, bandits manchots, as slot machines are called, are now the subject of a national frenzy that has turned them into one of the fastest-growing sectors of the country’s economy.

The fascination with slot machines has attracted the interest of big business, and two leisure groups, Accor Casinos and Groupe Barrière, have announced a merger in an attempt to cash in on the profits. Groupe Lucien Barrière will be Europe’s biggest casino operator, with 37 establishments and a turnover of €900 million a year.

The slot machines have also attracted the interest of criminal gangs which control a black market that sprung up during the five decades of prohibition. Police say that in southeast France alone at least 40 people have been murdered since 1995 in warfare between the gangs.

When the French authorities relaxed the ban on slot machines in 1988, it was in the hope of undermining the black market. At first, a few hundred machines were authorised, but the number of licences has increased steadily in recent years to reach a total of 16,600.

Unlike most other European countries, the machines are only allowed in casinos. As a result, slot-machine rooms in casinos received a record 61 million visits last year, and Gallic heads have been spinning as they have discovered a hitherto clandestine activity.

At Enghien-les-Bains the atmosphere on a cold, grey morning last week was feverish. The establishment — the only casino in the Paris region — has had slot machines since April 2002, and they have taken over from blackjack and poker as the main moneyspinner there.

By 10.30am there were 55 gamblers — mainly elderly women. They rushed up to the till to change €10 and €20 banknotes into red plastic potfulls of coins to put into the Tower of Power, the Babooshka, the Frog Prince, the Double Domino and the other machines.

“I’ve been coming here several times a week but I haven’t made any friends because no one can ever tear themselves away from the machines.”

Surveys show that the average French visitor spends €50 a session on one-arm bandits, but Dominique says many spend more. “Several hundred euros a day is not uncommon.”

Although Dominique’s income is less than €30,000 a year, she regularly loses €300 in a week at Enghien-les-Bains.

“You’re only chance of winning is if you bet big,” she said. “Last year I won €8,000, and my daughter won almost as much. I put all my €8,000 back into the machines, but my daughter was more sensible. She went straight off and bought a car.”

According to Armelle Achour, general secretary of SOS-Joueurs, an association that provides support for gamblers, two thirds of the 1,274 people who asked her for help last year said that they were addicted to slot machines. She said many had debts they could not pay.

Campaigners such as SOS-Joueurs want tighter restrictions to limit gambling addiction. But there is also pressure to lift all existing restrictions and authorise the machines in hotels and bars.

Police say that by limiting slot machines to casinos the authorities have left opportunities open for the still-flourishing black market.

The one-arm bandit wars continue. Last year, two suspected gangsters were arrested in Nîmes, southern France, after two of their rivals died in what the French underworld calls a “barbecue”. Their car was riddled with bullets and set on fire.