Irish lottery down on its luck as sales fall 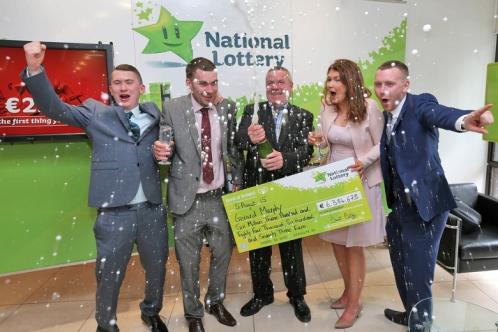 Sales of various lottery games fell by 8 per cent in 2014 as the National Lottery reported a drop in revenue across most of its products.

The latest annual accounts of An Post National Lottery show that turnover fell by €54.3 million to €630.9 million last year, down 7.9 per cent.

The results are not as bad as the headline figures suggest, as the 2014 accounts only cover 11 months of trading. A new operator, Premier Lotteries Ireland, took over the licence at the end of last November.

However, the results show that the downward trend in sales of lottery games, which has been evident since the economic downturn in 2008, continued last year.

The most significant factor in the company’s falling turnover was a 12.3 per cent drop in sales of its main Lotto games.

Sales of scratch cards and online instant-win games, the National Lottery’s second-largest revenue stream, also dropped by 2.1 per cent. Sales were down €3.5 million to €164.2 million.

However, sales of Euromillion games — which pool the prize pots from nine national lotteries across Europe — bucked the trend, rising by 1.4 per cent, up €2.2 million to €160.7 million.

Prizes worth €355.1 million were paid out last year to Irish lottery customers, representing 56.3 per cent of turnover. The lottery paid out €27.6 million less in prizes over its various games in 2014 than the previous year, a 12.4 per cent reduction. Payours for scratchcards and online games fell by 1 per cent.

In a report published earlier this week, the public spending watchdog highlighted that the National Lottery had only contributed €178 million instead of an expected €200 million to various government departments in 2014.

The Department of Public Expenditure and Reform said that the gap in the funding was mainly due to “technical and timing issues” relating to the transition to the new lottery regime.

A consortium involving An Post and the Ontario Teachers Pension Plan, which controls Camelot, the UK lottery group, took over the running of the lottery with a 20-year licence last year.

The company spent €405 million to acquire the new licence. Some €200 million of the licence fee revenue will go towards the development of the new National Children’s Hospital on the campus of St James’s Hospital in Dublin.

The new operators have been beset by a series of technical glitches, which led to the first ever cancellation of a Lotto draw in February.

They were also criticised for raising prices and reducing the chances of winning the Lotto jackpot through changes introduced this month.

Premier Lotteries Ireland defended the changes, claiming they would result in more winners and bigger jackpots.