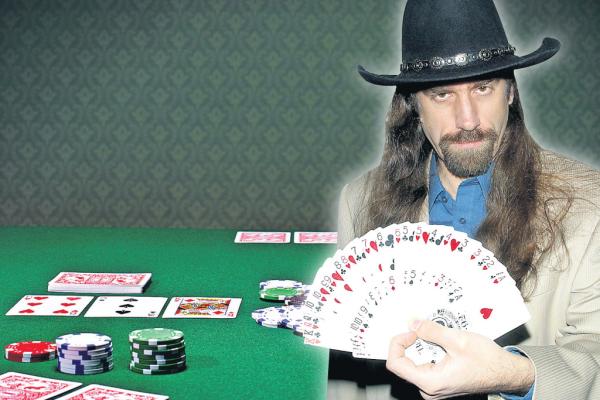 Bobby Ingram punched the air with delight. He had just scooped the £10,000 first prize in an internet poker tournament.

A semi-professional player with accounts at several online poker companies, his mood soured when he tried to claim his winnings. Despite receiving several emails confirming that the money would be paid into his account, Ingram — not his real name — is yet to receive a penny of it.

“To be honest, I’ve written the money off,” he said. The 29-year-old won the windfall at Full Tilt, the world’s second-biggest online poker operator, and is one of hundreds of players worldwide unable to withdraw funds from their accounts with the firm.

Last week, prosecutors in New York accused Full Tilt of making hefty payouts to its owners despite owing its players millions of dollars. They claimed the company had defrauded its players out of more than $443m (£287m) over four years.

“Full Tilt was not a legitimate poker company but a global Ponzi scheme,” said Preet Bharara, a senior prosecutor in the New York state attorney’s office.

He accused the firm of enriching its owners at the expense of its customers. By the end of March 2011, it is alleged the website owed its customers $390m — but had less than $60m in the bank.

Despite this, the company allegedly distributed hundreds of millions to its owners. The biggest beneficiary, say prosecutors, was Chris Ferguson, Full Tilt’s co-founder, who was allocated about $85m.

The charges, contained in a civil claim, are the biggest scandal ever to rock the online gaming world. The allegations may also dash hopes that America, the world’s biggest gambling market, could legalise the $14 billion internet poker market five years after it was banned.

Full Tilt had been popular because it allowed its customers to play against — and be coached by — some of the world’s top poker players. It was one of these star players — Ferguson — who was behind the site’s launch in 2004.

Bitar, who has been playing poker since he was 12, ran a team of 35 traders in Los Angeles in the late 1990s. It was there that he met Ferguson, a computer expert who was fast becoming one of the most successful players on the poker circuit.

Together with a number of other professional players, they launched the site at a time when online poker was booming. It was one of several sites to shoot to prominence, along with Party Gaming, 888 and Pokerstars.

All the sites shared a common business model. Players deposited money into accounts, which they could access to bet on each hand of cards. The websites collected a percentage of the pot generated — known as the “rake” — for providing the playing facility. When players won, they could withdraw money from their accounts. This set-up proved a goldmine, making hundreds of millions for the sites’ founders.

Full Tilt was not a legitimate poker company but a global Ponzi scheme It seemed that nothing could derail the gravy train — until, in October 2006, the industry hit a massive problem. Lawmakers in the US — the industry’s biggest source of income — banned internet poker.

Publicly-traded operators, such as Party Gaming and 888, immediately stopped allowing US citizens to play on their sites, but private groups, such as Full Tilt, most of whom were based offshore, continued despite the crackdown. Indeed, they went to extraordinary lengths to do so.

For example, poker companies set up phony, non-gambling companies — online florists and pet supply stores — through which all payments from players were channelled. This made it appear to big credit card firms that transactions arising from online gaming were anything but.

The poker companies would also frequently engage third-party “payment processors” to help them with the alleged deception.

One such company, Intabill, based in Brisbane, Australia, provided this service for Full Tilt, Pokerstars and others. In the two years between mid-2007 and March 2009, Intabill processed more than $500m of gambling transactions.

It was so lucrative, Intabill’s twenty-something founder Daniel Tzvetkoff became a multi-millionaire with a garage full of sports cars, a super-yacht and a stake in a trendy nightclub.

In 2009, however, Intabill collapsed, owing its poker operator clients tens of millions. Full Tilt successfully sued the company for $43.5m plus interest.

Sometime afterm Intabill’s collapse, Tzvetkoff was arrested in Las Vegas and is reported to have informed on his former customers, the online poker firms.

The failure of Intabill sent poker firms scurrying to find fresh ways to ensure that US-based punters could continue to play.

They found a payment processor in Arizona willing to help by setting up dummy corporations through which transactions could be made.

After handling more than $100m of payments, the arrangement came to an end in the summer of 2009, when the Arizona firm had its bank accounts seized by US authorities.

Full Tilt and its rivals tried a new tactic. They began to persuade small banks under financial pressure to handle their transactions without disguising the fact that they were gambling-related.

One such lender was Sun First, based in Utah. The bank handled payments via third-party processors on behalf of companies including Full Tilt and Pokerstars.

The latter had even found a prominent law firm to write to the bank explaining that handling payments for online poker companies would be legal under US rules.

Sun First processed more than $200m of poker-related payments but ended its involvement with the internet gaming firms in November 2010, when forced to by US banking regulators.

As it became increasingly difficult for Full Tilt to collect money from its US-based customers, it allegedly began allowing players to gamble with “phantom money” the company had “never actually collected or possessed”, according to the civil claim.

Poker-related internet bulletin boards began filling up with posts from players wondering why they could not withdraw their winnings. Various class action lawsuits are now being prepared to help players reclaim their funds.

In England, Edwin Coe, the law firm, is reportedly preparing a claim on behalf of British Full Tilt customers. In Canada, Jeff Orenstein, a lawyer at Consumer Law Group, said that more than 1,000 players had registered interest in pursuing a case.

Some blame gambling authorities on Alderney, in the Channel Islands, that were responsible for regulating Full Tilt, and wonder why they did not intervene sooner.

Last week, Alderney held a hearing to decide whether to revoke the company’s licence, having suspended it in June. The outcome should be revealed this week.

Full Tilt, which could not be reached for comment, has blamed its problems paying players on issues with the third-party processors and on the actions of the US government. It has previously said it has always been committed to the integrity of the game and to abiding by the law.

Lawyers acting for Ferguson and Bitar have hit out at prosecutors’ description of Full Tilt’s activities as a Ponzi scheme. “Under any reasonable interpretation, the worldwide operations of the online cardroom are not a so-called Ponzi scheme,” said Ian Imrich, Ferguson’s legal adviser.