General or PM – who should call the shots? 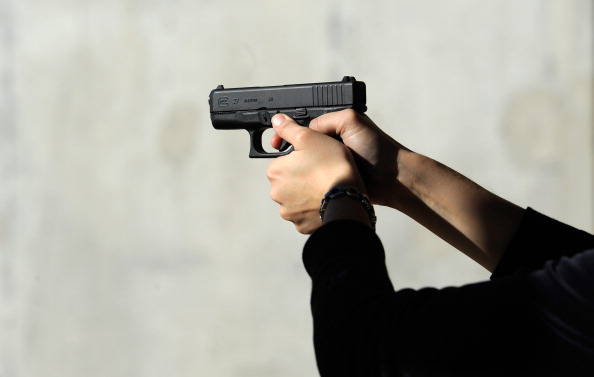 “When I thump the table and push my face towards him, what does he do? Thumps the table harder and glares back.” Thus did Winston Churchill describe his combative, confrontational and highly effective wartime relationship with General Sir Alan Brooke, later Field Marshal Lord Alanbrooke, chief of the imperial general staff and the prime minister’s chief military adviser.

Relations between David Cameron and General David Richards did not quite reach the same level of acrimony, but to judge from the latter’s memoir there was still plenty of friction between prime minister and the head of the armed forces during the bombing campaign to oust Colonel Gaddafi in Libya.

The “political leadership showed considerable impatience”, Richards writes, code for the familiar demand by politicians that wars be won quickly and cheaply. “I had to explain that war is not straightforward, it is not easy.” When the general told the BBC that he did not believe Gaddafi was a legitimate bombing target, Cameron instructed him to put a sock in it: “You do the fighting, I’ll do the talking.”

All the elements of the age-old discord between generals and prime ministers are contained in those brief exchanges, though understated and cloaked in chummy good humour: military frustration with political interference and “micromanagement”, political irritation when military men make public pronouncements, and the collision between two very different species of leader.

“I told him that being in the combined cadet force at Eton was not a qualification for trying to run the detail of a complex coalition war effort,” writes Richards, while noting that “Cameron’s military and strategic inexperience is the risk that democracy takes in its choice of leaders” — remarks that encapsulate several hundred years of soldierly irritation at the way civilian ministers think they are generals the moment the balloon goes up.

There is a convention by which generals do not stray into politics, and politicians leave soldiers to get on with the job when the fighting starts, coupled with an understanding that the inevitable disagreements are not aired in public. This is a truce of convenience that is frequently violated, with calamitous effects.

The political-military relationship is intrinsically fraught: senior soldiers have spent their entire lives dedicated to the study of military matters. Very few politicians have worn uniform or know much about how the military works. Their spheres are distinct but inevitably overlap.

The clashes between Lloyd George and his generals, the infighting between the “frock coats” and “brass hats”, did enormous damage to the war effort during the First World War and left a lasting legacy of mistrust. Margaret Thatcher utterly dominated her war cabinet, yet won the admiration of her generals by sticking to her guns once she had taken a decision.

Like civil servants, the heads of the armed forces are supposed to remain neutral and express no opinion on government policy. In recent years, however, the relationship between the top brass and the government has grown increasingly fractious, the tensions overt. Tony Blair was enraged when General Sir Richard Dannatt sharply criticised the Iraq war soon after becoming Army chief.

The ideal relationship between a prime minster and his generals is one of vigorous private debate, disagreement leading to consensus, grudging mutual respect and perfect public harmony. No two leaders of modern times have pulled off that difficult feat more successfully than Churchill and Alanbrooke, who managed to channel their antagonism into an extraordinary wartime collaboration.

Alanbrooke was driven to distraction by Churchill’s interference, his petulance and fickle enthusiasms. The two men argued endlessly, sometimes ferociously. “He knows no details, has got only half the picture in his mind, talks absurdities and makes my blood boil,” Alanbrooke wrote in his diary.

Their disagreements reached such a pitch that Alanbrooke expected to be sacked by the prime minister. “He has lost all balance and is in a very dangerous mood,” he wrote. “I feel like a man chained to the chariot of a lunatic!”

But Alanbrooke also knew that Churchill’s personality was more valuable to the war effort than any quantity of tanks, guns or tactical proficiency. “Genius mixed with an astonishing lack of vision . . . He is quite the most difficult man to work with but I should not have missed the chance of working with him for anything on earth.”

Alanbrooke accepted that standing up to his civilian boss was his primary wartime mission: “The first time I tell him that I agree with him when I don’t will be the time to get rid of me.” Above all, not a hint of their discord emerged in public during the course of the war. Like Richards, he kept his powder dry, until he was out of uniform.

The Cameron-Richards relationship measures up well to the Churchill-Alanbrooke standard. The general admires the premier’s leadership qualities, while grousing about his military meddling, haste and inexperience; the prime minister kept his impatience under control, and let the armed forces get on with what they were trained to do.

Table-thumping and glaring undoubtedly took place, but the unavoidable clashes between prime minister and general remained under camouflage until the greater fight was over.