Casino merger in doubt as Rank is dealt surprise hand 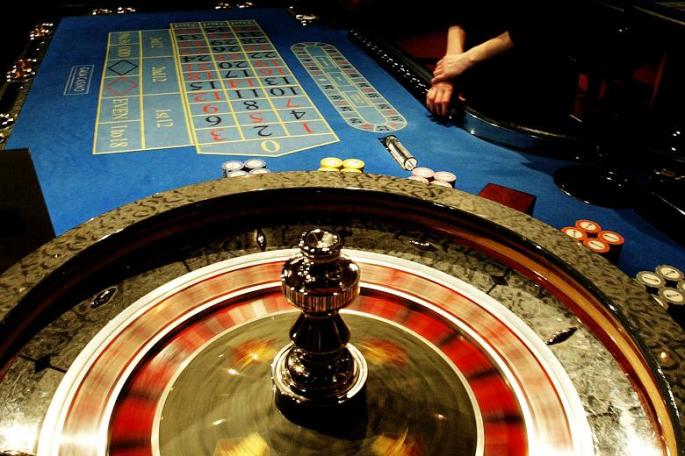 A multimillion-pound deal to create Britain’s biggest chain of casinos was hanging by a thread last night after the Office of Fair Trading unexpectedly referred the merger to the Competition Commission.

The regulator said that it was concerned that the proposed acquisition by Rank Group of Gala Casinos would “substantially reduce competition in the casino sector” and could “result in a worse deal for consumers”.

Rank, which had announced the deal in May, said that it was “considering the implications of this decision”, adding: “A further announcement will be made in due course.”

Carl Leaver, the chief executive of Gala Coral Group, which also owns betting shops and bingo clubs, said that he was “surprised” by the decision.

“Once we get the full report, we will sit down with our legal advisors and decide on the next step,” he said.

The £205 million deal would have added 23 of Gala’s 24 British casinos to Rank’s estate of 35 clubs, allowing it to overtake Genting UK, the Malaysian-owned operator that controls the old Stanley Casinos chain, as the country’s biggest casino operator.

The OFT said that the proposed takeover would have hurt competition at a national level — by reducing the number of large operators from three to two — and in nine local areas where both Gala and Rank have a casino.

Although Rank offered to sell casinos in seven of the nine areas identified, including Aberdeen and Cardiff, the regulator said that it felt the undertakings offered were “not considered sufficiently clear-cut to address all of the concerns raised by this merger”.

Ali Nikpay, the OFT’s senior director and decision maker in this case, said: “Rank and Gala are two of only three large national casino operators in the UK. This merger would represent a major consolidation which could be expected to reduce competition, both locally and nationally. The high barriers to entry and expansion in the casino sector mean the loss of competition could potentially be irreversible.”

One insider expressed incredulity at the decision, insisting that the two locations where Rank and Gala did not offer to sell a casino — Bradford and Edinburgh — had not been raised as potential stumbling blocks by the OFT.

Analysts dismissed the potential harm to consumers as minimal. “It’s a non-issue,” said one. “Margins on casino games cannot be massed by the operator because they are fixed. The spin of a roulette wheel cannot be changed to the advantage of the operator, so where’s the harm to the punter?”

Another observer also rejected the idea of a national competition issue as “simply risible”, adding: “With the exception of some of the London casinos, which attract an international audience, provincial casinos cater to a local market, so what happens on a national scale is irrelevant.”

As the merger was subject to regulatory approval, the referral to the Competition Commission means it technically falls away. However, both sides were not prepared to declare the deal dead until they had seen the full report. They could choose to declare the deal off but attempt to resurrect it after the Competition Commission completes its investigation in February.

Rank had agreed to pay an initial £182.5 million for the Gala casinos, with the rest paid in stages until 2015 when certain conditions were met.