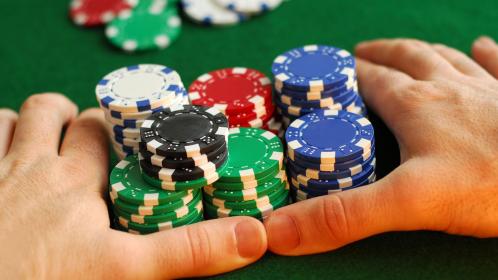 Discussions between Rank, which owns Grosvenor Casinos, and 888, whose brands include Bingo Fabulous, are understood to be relatively advanced. An announcement could be made tomorrow morning. City sources said the move was being labelled a merger, although it is unclear how Rank and 888 are structuring the transaction.

Advisers from the investment bank Morgan Stanley, accountancy firm PwC and lawyers from Slaughter & May are said to be working on the deal.

One source said the companies were coming together with the aim of launching a £3bn bid for beleaguered bookmaker William Hill. Such a move would create a new FTSE 100 company.

The tie-up between Rank and 888 is the latest blockbuster deal in Britain’s rapidly consolidating betting business. The wave of deal-making is being driven by rising taxes and a crackdown on fixed-odds betting terminals, the in-store gambling machines that can take tens of thousands of pounds each week.

Paddy Power and Betfair have already completed a £6bn merger. Meanwhile, Ladbrokes and Gala Coral are expecting confirmation next month from the Competition and Markets Authority (CMA) that their £2.3bn tie-up can go ahead.

If it is approved, the enlarged Ladbrokes and Gala Coral would leapfrog William Hill to become Britain’s biggest bookie, with more than 4,000 shops. It is expected they will be forced by the CMA to sell off hundreds of stores.

William Hill last year came close to buying 888 as part of a £700m takeover. Talks collapsed, however, after the online gaming company’s biggest shareholder refused to back the transaction.

888, which was founded by two Israeli families who still hold the majority of the shares, has long been seen as a takeover target, and has twice fought off attempts from Ladbrokes. Yet under boss Itai Frieberger, 888 has turned from prey into predator. It tried to buy Bwin.party last year, only to lose out to its rival GVC.

Its planned alliance with Rank would create a formidable operator, spanning upmarket casinos catering for high-rollers to internet poker.

The online powerhouse would stand in marked contrast to William Hill, which has struggled to adapt to gamblers’ changing habits.

Henderson was pushed out by chairman Gareth Davis. The chief executive, who took over from Ralph Topping less than two years ago, had been forced into a number of profit warnings and had seen a raft of senior staff depart. Davis said it could take a year for a new boss to be appointed.